On February 20th, 1883, the first Woman’s Club of Florida was formed when twenty-five ladies met and organized The Ladies Village Improvement Association of Green Cove Springs, with Mrs. A. M. Rutledge as president.  A festival ball was held to raise money for beautifying the town and most of it was used for board walks; also 70 feet of clay pavement was laid at the cost of $12.00.  Meetings were held in members’ homes.

During the year 1888 a children’s auxiliary known a the “Star Branch” was formed and was in existence for about fifteen years.  A free library was also formed in the year 1888 and wad maintained by the V.I.A until Dec. 1961, when the Clay County Public Library was formed. 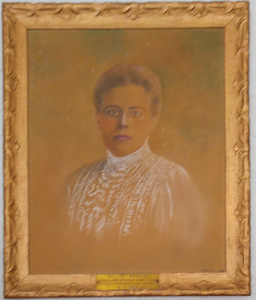 The first permanent home of the club was in a little cottage which stood on the lots where our present home stands.  Mrs. Penelope Borden Hamilton (a member of the Borden Milk Company) gave the cottage and lot to the V.I.A. in 1895.

The year 1897 saw Mrs. E.G.G. Munsell installed as president and she served for seventeen years.  During her administration the club maintained a kindergarten from 1900 to  1904 in the public school building, assuming most of the expenses and hiring a qualified teacher. Also about this time the erection of the present clubhouse was begun.  On February 18th, 1915, the building was formally dedicated by Mrs. W. S. Jennings, State Federation President, as a lasting memorial to Mrs. Hamilton and Mrs. E.G.G Munsell, President.

The beautiful Grandfather Clock, which now graces the hall, was presented to the V.I.A. I 1899 by Mrs.  H. H. Burrows, it having been a treasured possession in her family for several generations.

A large, round, iron drinking fountain for horses was bought in 1913 and placed in the street near the court house.  Thirty years later, after it had outlived its usefulness  and was going to be discarded, it was brought to the V.I.A. grounds, through the efforts of Mrs. A.H. Bell, where it is now being refurbished and restored to fountain in front of the clubhouse.

On February 6, 1958, the club celebrated its 75th anniversary under the leadership of its President and member of many years, Miss Bonnie Dean Baker.

The boardwalks and clay pavements have long since been replaced by asphalt and concrete, but the V.I.A. has continued through the years as an important unit of community life and still devoted to social and educational work, as well and beautification projects.

The Village Improvement Association is justly proud of its rich heritage, but faces the future knowing there is still much to be done.  May we carry on in the spirit of the faithful members who have gone before us. 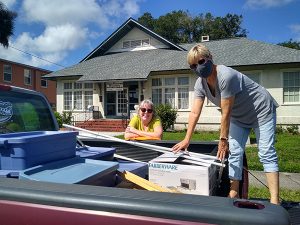 Today, as when we first were formed, we are committed to doing just what our name implies – improving our “village” which is our community and the people within that community.   Through our Community Service Programs (CSPs) which include Arts & Culture, Civic Engagement & Outreach, Education & Libraries, Environment and Health & Wellness.

Some of the areas we support include: 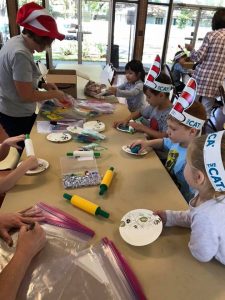 As you can see, we Live the Volunteer Spirit!

AND in addition to all that, we are a group of women with shared interests and concerns.  We enjoy being together and having food, friendship and fun!  Our members uplift and encourage one another, we share our joys and our sorrows… together.